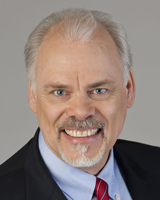 Charles Bauer, a native of Moscow, Idaho, graduated from the University of Idaho College of Law in 1979, and has received the “AV” rating, issued by the Martingale-Hubbell/LexisNexis Legal Directory, the highest rating an attorney can receive. He is a former chair of the Idaho State Bar Family Law Section, and has regularly written and lectured on family law issues around the state for nearly 30 years.

If a dispute arises or you are involved in a divorce or child custody dispute in Idaho, it is important to have an attorney on your side who is experienced and capable and will zealously represent your interests in reaching a fair and quick resolution to your case.