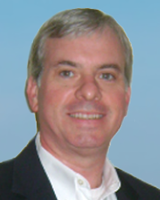 Jim received his Bachelor of Arts degree from the University of South Alabama in 1988 and his law degree from the University of Alabama in 1993. He began his legal career as a prosecutor in the Mobile County District Attorney’s office. Jim then practiced with Lyons, Pipes & Cook, where he was a member of the firm, until 2003. In 2003 he began practicing with Sherman & Jeffries, LLC, concentrating on family law and criminal defense matters, prior to opening his current firm in January of 2008.

Jim currently is a member of the Alabama Supreme Court’s Advisory Committee on Child Support Guidelines and Enforcement as well as a statewide committee that has been tasked with reviewing and making recommendations for possible revisions to Alabama’s version of the Uniform Interstate Family Support Act (UIFSA). Jim was also recently appointed by the President of the Alabama State Bar Association to a serve on a committee whose purpose is to review and comment on Alabama legislation regarding joint custody for a proposal to the Alabama Legislature for possible changes in this legislation.